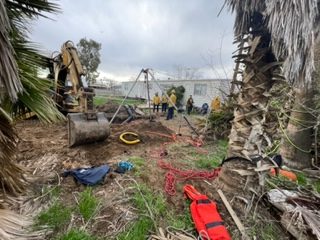 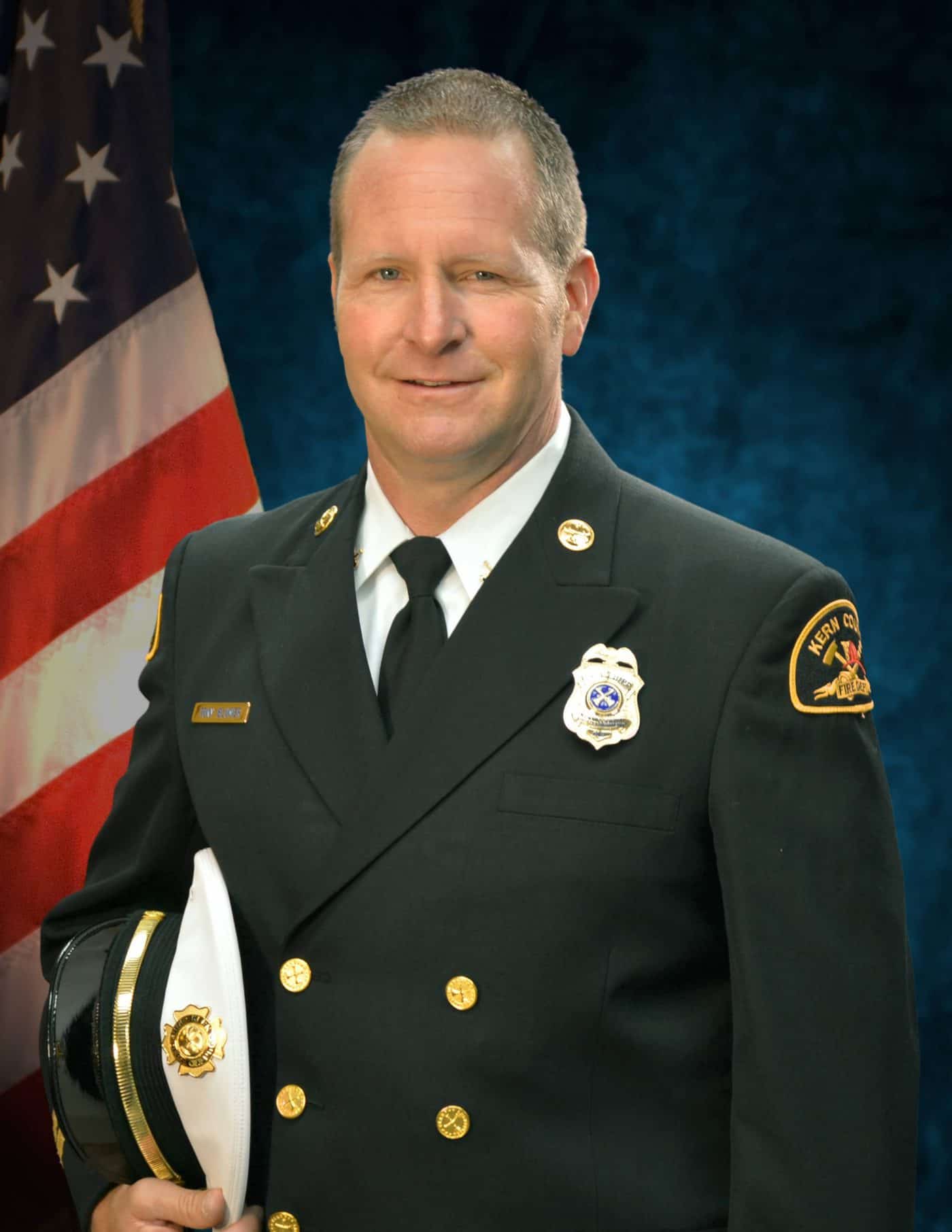 At 2:25 PM on 12/29, Kern County Fire responded to a reinforced rescue for a person who fell in to a septic tank. While enroute to the incident we received additional reports of a second person was involved in this incident. Specialized units from Kern County Fire Urban Search and Rescue and HazMat response team responded to this incident. The first arriving fire crews reported that one patient was out of the septic tank and one patient was still trapped inside of the "confined space" septic tank. Firefighters monitoring the atmosphere reported high levels of H2S gas in and near the septic tank. Kern Firefighters along with Hall Ambulance provided initial medical treatment and transport to a local hospital for the injured patient while additional crews simultaneously coordinated a rapid confined space rescue of the individual trapped in the tank. The trapped victim was extricated within minutes however the individual was deceased on scene.